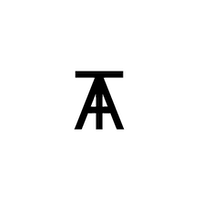 , or the so called interaction of presupposed development. In a word or two: unconditional demand for love.

= I don’t know how to answer this question, maybe I can say more than what love can do for yourself.

= Well, in that cause I would say that there is not much to ask for besides being with the love and dedicating yourself to art. That sounds a little dramatic, but dedication is not devotion, in that sense the creepy feeling of having some sadistic pleasure for taking someone’s sense of being free away through use of some grandma like super-ego injunction, is far from what is desired in being true to a sexual love life and artistic practice with the self and others that resonate (i.e. attract-relate) with each other. This sounds a little serious for the hour of the time I am in, just to say: I’m afraid of being alone and not being able to realise my artistic desires and sexual needs, not to mention the cruel hope for a person that loves me and that I love at least as crazy and completely that it is beyond the question of daring to be loyal, share work, and all those stupid questions on conformity.

= Yes, I agree. Probably not, and it would surprise me that anyone would be attracted to such a lifestyle, implying that probably abject poverty would be its result.

= Let me dream, maybe I have an answer, because now I have nothing to say.

= I can’t recall what the dreams were about, it was probably not very important. There are a few things more important than love, I would sum them up, but it boils down to simple things like to not be murdering other humans, not fucking with kids or family members, allowing yourself and others for being different, not accepting domination and recognising others as being equal in the sense of being alive in this world and age regardless of race, gender, wealth, knowledge etc.

= Not really, it just gives me a more fatalistic attitude, a bit cynical or just not very open to engage with.

= Yes, there I can relate with your Fuck Sex attitude, but the love of death seems to be a little too much to be sociable. It would mean that I just give up all the desires to be in love, with the exception of loving the fact that I will die.

= Yes, maybe I should ask myself in which sense that the difference can be allowed. On the one hand this could become too narcissistic in that I only accept the liking to what I enjoy, on the other hand maybe too much difference – for example in trashing a person, or being sadistically engaged with another’s affairs and ways of going about their lives – could be impossible to sustain a sense of feeling worthy of live. I would prefer not to overestimate the consequences of such ideas, but letting the opportunistic behaviour run its course, mostly results in a testing of how far a person can go in dominating another. The pleasure that comes from controlling others, is in that sense the opposite of the attitude towards love, or at least its counterpart in the sense that to pursue love to its realisation will most likely present the limits of a social form or ability to behave in appropriate manners. The envy, jealousy, fears of loss, abandonment, rivalry, self confidence, trust, being enough, etc. through love these experiences can find a reference to something greater than such pursuits, but the love of death has not much to offer in that sense, since in reference to death, love has little to experience besides its end.

= I’m not in a hurry to find an end to the demand for love. I don’t exclude death, cause it is inevitable, but to pursue its end would be missing the point of living a live in pursuit of love. Unconditional it is indeed, I wouldn’t judge suicide, but it isn’t a preferred solution to the demand for love, in my opinion it would be just to give up the love of pursuing the unconditional demand.

= Maybe, what do you have in mind?

= That still seems a little too optimistic for my mind. If the electricity would disappear from our world, probably it wouldn’t even get to a level of feudal hierarchies. I think that the current dependency of society on its technological tools and gimmicks, combined with an immersion in Neo-liberal ideas about competition, probably would lead towards a more violent and disastrous form of survival. I’m thinking gangs and darwinian ‘survival off the fittest’ forms of organising.

= What makes you think that this system will not find a better way to solve its inherent contradiction between providing abundance for its favoured subjects, the exploitation of its less favoured subjects and resource depletion?

– I believe it is about time that I intervene in this conversation. I noticed that you seem to have some interesting ideas about a broad range of topics. Nevertheless it appears to me that what you are suggesting as solutions to the subjects that you address in your discourse, are highly idealistic and not realisable within the confines of the conditions that we can operate in.

– Not necessarily, you can keep talking as long as you want, but yes if it will make a difference, that is indeed very unlikely to happen.

= Why were we invited then to debate these subjects? Isn’t it absurd to consider the amount of energy, time and resources that went into making this encounter happen, if it doesn’t make a difference at all?

– Yes, that would be the logical conclusion to the questions and ideas that came up in your conversation. Therefore it is unlikely that such an event will reoccur, since this antecedent proves such ideas to be unfavourable to the working conditions of our society.

– Thank you both for your participation.